On the 11th February 2001 Sh. Yusuf Booley officially opened the JEQ Male Hifth institute in Schaapkraal with 35 learners. The premises, which is still being used today, was kindly made available by the Al-Ighlaas Waqf Trust. Currently, this campus is ably managed by our acting principal, Sh Sulaiman Salie. The JEQ Female Hifth Institute was established in 2006. The initial classes were held at the International Peace College Campus in Rylands for the first two years. In 2008 the JEQ female hifth learners were moved into their newly constructed building in Thirteenth Avenue Schaapkraal under the leadership of Sh. Suleiman Benjamin. During the same year, the JEQ Pre-Primary school started. In January 2015, the Pre-Primary school relocated to its own campus adjacent to the female institute under the leadership of Nadiema Benjamin.

By the end of 2017, approximately 300 huffaath and Hafithaat would have completed the memorisation of the Quran under the JEQ banner. Hafith Imraan Fakier has come full circle in the service of the Holy Quran by being part of the first group of male hifth graduates and currently serving as the Head of Operations for the entire institute.

Sheikh Suleiman Benjamin, being the current Hifth Specialist and the longest standing staff member at JEQ, was also the first teacher of our Head of Operations, Hafith Imraan Fakier. This dynamic, of members who started as students and now serving the organization in leadership roles, cement the commitment and service to memorisation of the Holy Quran.

In 1969, JEQ first started as a tilawaat jamaa and has since evolved into a Quranic and educational institution with an integrated model of Islamic education with the Quran being the core focus of its curriculum. This has been realised through the establishment of the Pre-Primary and the Preparatory Schools. The curriculum aims to educate the learners spiritually and academically, to fulfill all their career aspirations and to ensure that they are well-rounded individuals who can positively contribute to society. These schools form a healthy foundation for the learners when entering into the full-time hifth programs. 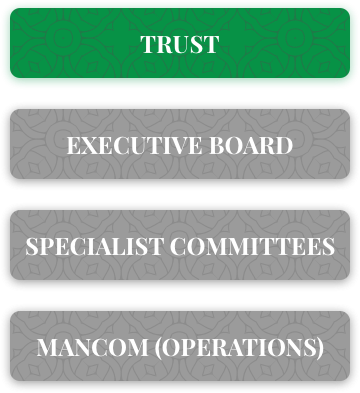 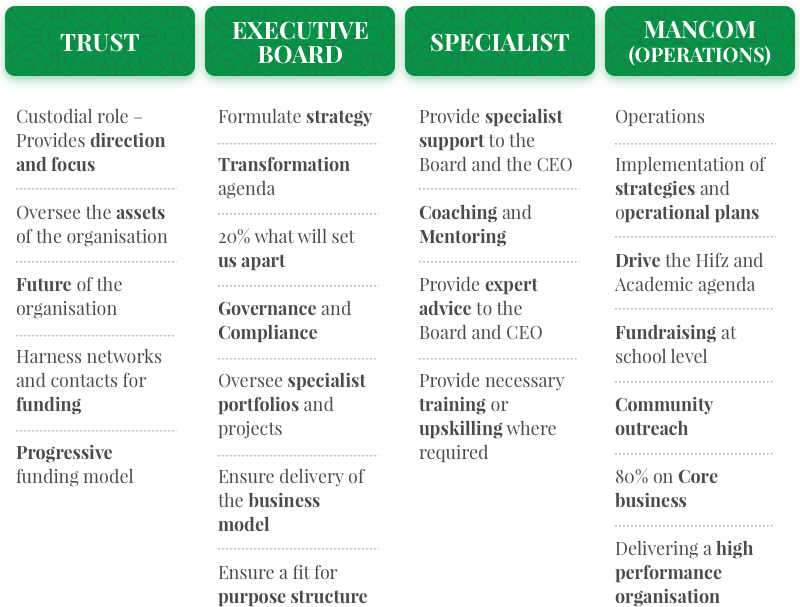 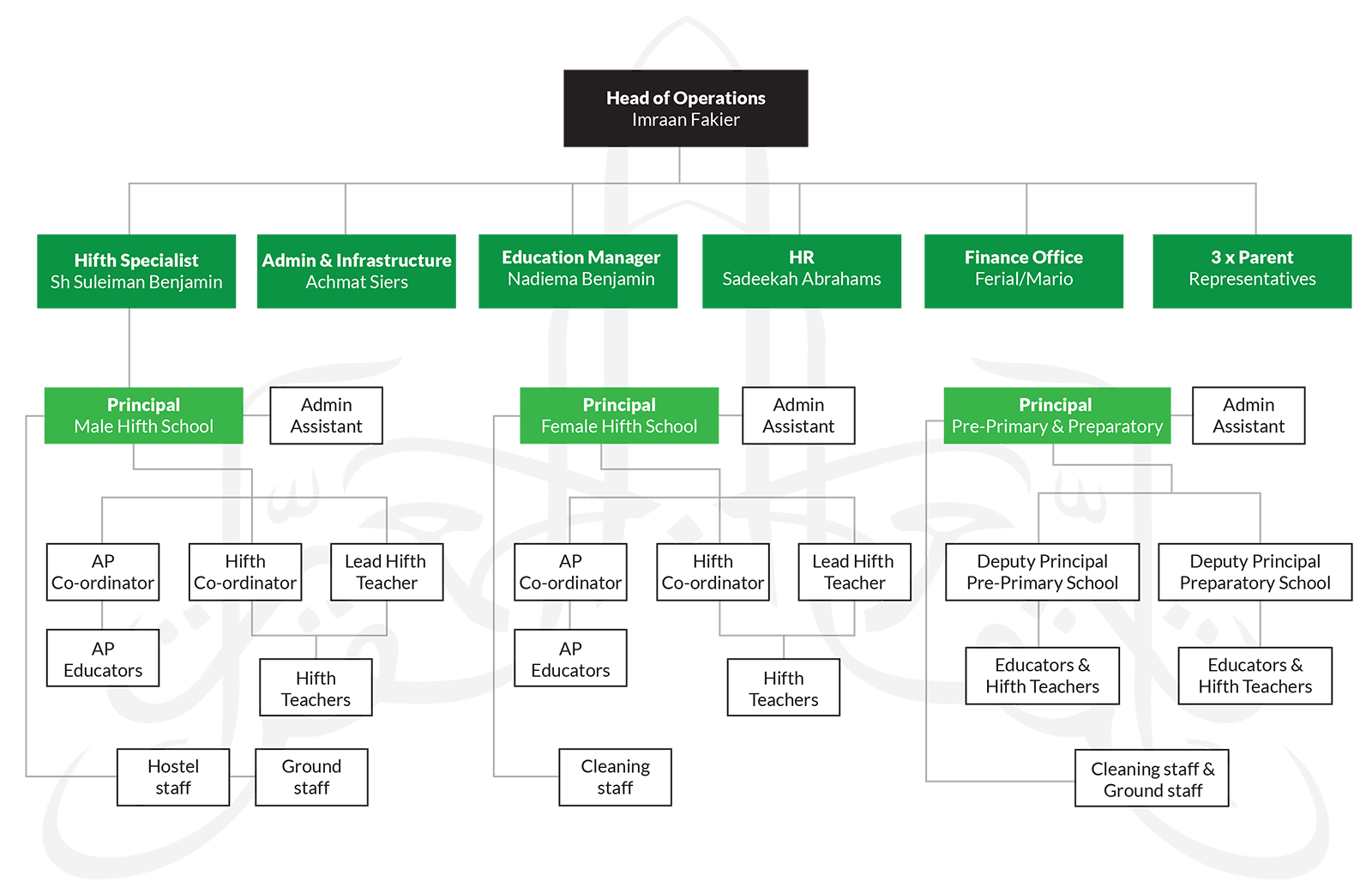 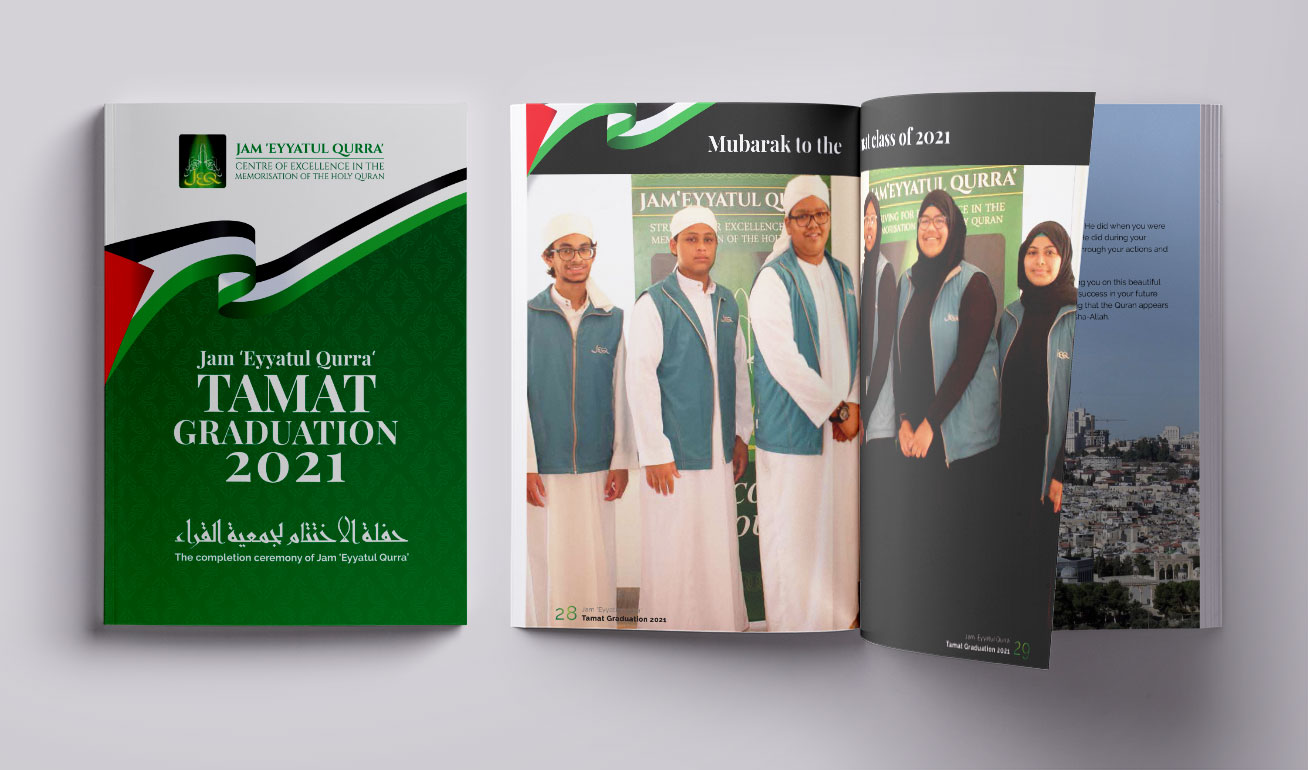 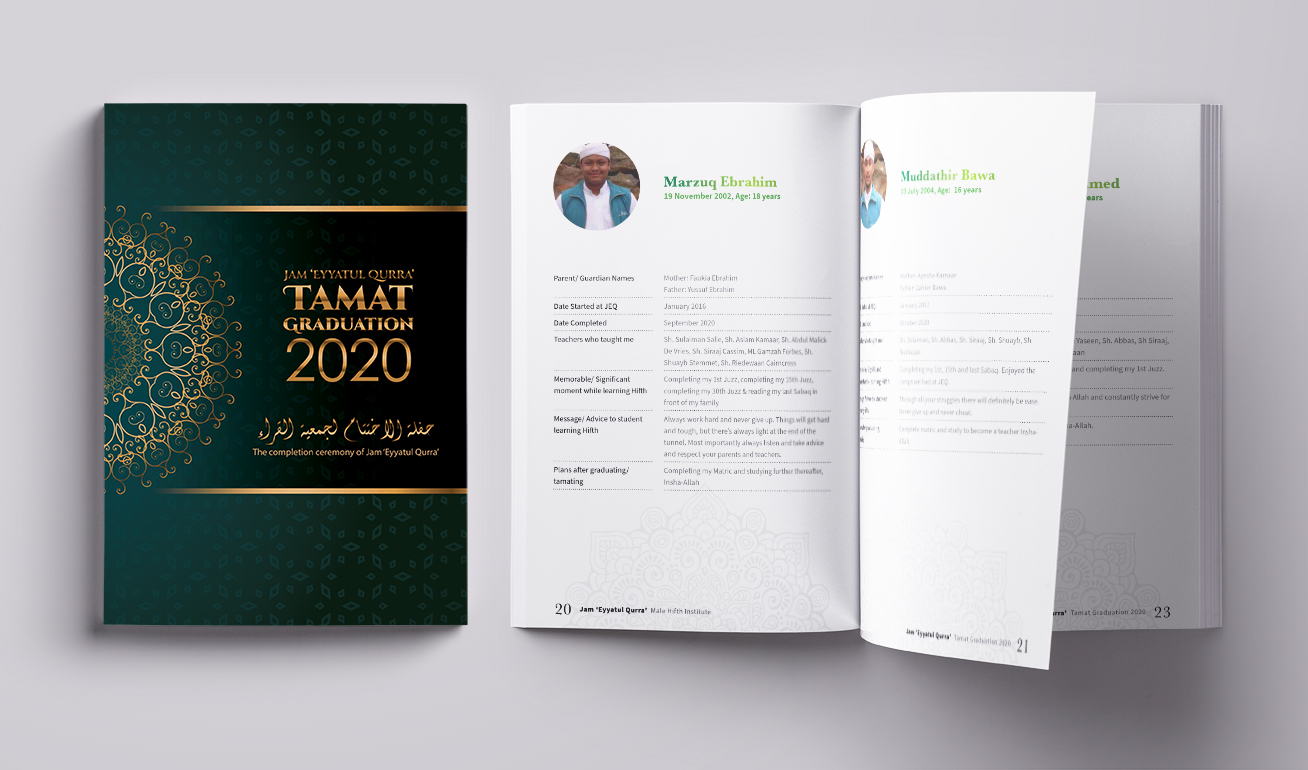 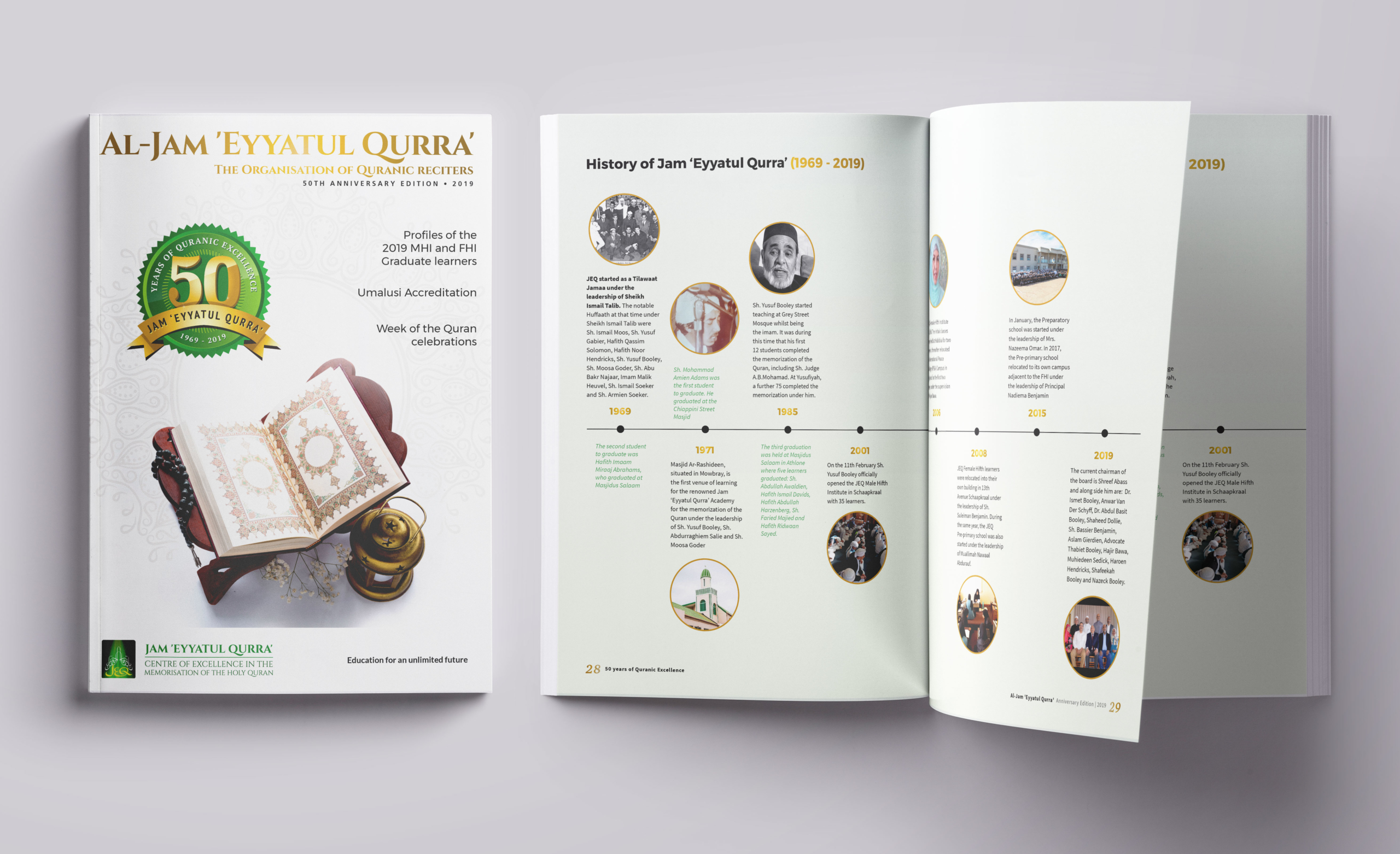 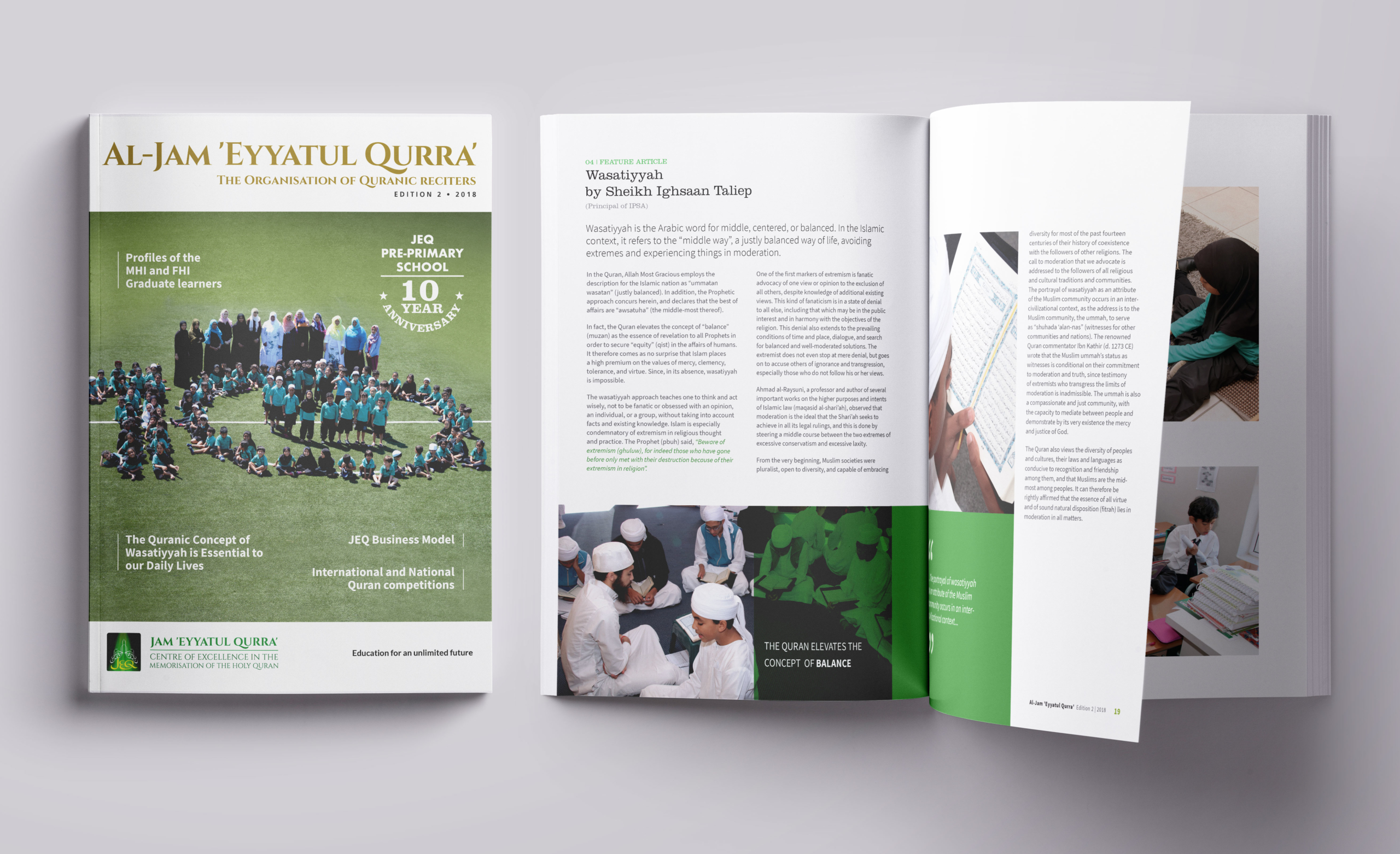